Jeffrey S. Weiss is a shareholder with Garganese, Weiss, D’Agresta & Salzman, P.A. and is board certified by The Florida Bar as a specialist in Civil Trial Law. He is the recipient of the highest rating (AV) given by Martindale-Hubbell for legal ability and ethics. Mr. Weiss has been recognized as a Florida Super Lawyer by Law and Politics, Florida Legal Elite by Florida Trend and Orlando's Top Lawyer as published by Orlando Home and Leisure. He was inducted into the Litigation Counsel of America in 2009.

Mr. Weiss, has over 35 years, represented both public and private entities in a variety of litigation matters including employment and civil rights disputes, personal injury claims, and general commercial matters. He has tried, through verdict, a variety of cases in both Federal and State court. He also provides risk management and general legal counsel on an as needed basis to both the public and private sector. In addition to having served for many years as an adjunct instructor at a local college, Mr. Weiss lectures throughout the state and nationally on topics such as Federal Courts Practice, Civil Rights, Employment Practices and Landlord Tenant Law.

Mr. Weiss volunteers his time and legal experience by serving as a legal advisor to the Jewish Community Center of Greater Orlando. Mr. Weiss has also served as a member of the University of Florida Law School Alumni Council. In November, 2014, Mr. Weiss was appointed by Governor Rick Scott to the Judicial Nominating Commission, Eighteenth Judicial Circuit.

Mr. Weiss is admitted to practice in all Florida state and federal courts, the U.S. Court of Appeals for the Eleventh Circuit, the Supreme Court of the United States, and the U.S. Court of Claims. He earned both his bachelor's degree and his law degree from the University of Florida.

In his spare time, Mr. Weiss snow skis, scuba dives and is an avid sports memorabilia collector with an emphasis on baseball, Florida Gator football and the amazing Mets. Mr. Weiss also enjoys being physically challenged in the gym and on the hiking trail. 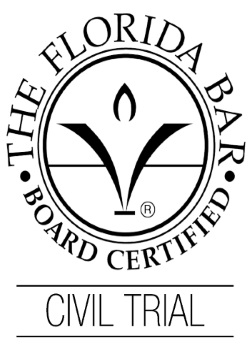 On October 16, 2017, Jeffrey Weiss will be speaking in Daytona Beach at the National Business Institute seminar, “Gun Law in Florida”.

On June 16, 2017, Jeffrey Weiss will be speaking in Orlando at the National Business Institute seminar, Combating “Rambo” Litigators – Practical and Effective How-to’s.